After two albums on Wild Records as The Terrorsaurs 2014/2015, El Guapo and T.T.Shaker  mutated into

and moved onto surf label Sharawaji Records. The primordial zombie soup fleshed out by the feral bass grooves of BAMALAM, the demonic guitar twang of The Reverend Tonto, and the "SMASH-IT-UP" attitude of new drummer King Fuzzo.

followed in 2018 by "MUTANT SURFIN' TRASH" on purple splatter vinyl and CD.

PLUS 2 brand new tracks on the REBEL WAVES COMPILATION CD from MEXICO!

“The Terrorsurfs rip out works of beauty and psychedelic vibrancy while also being provocative and sharp as a jagged and bloodied surf board’s edge. In the realms of surf-driven garage rock, The Terrorsurfs are among the best to check out. These cats remain electrifying with each song they play” - 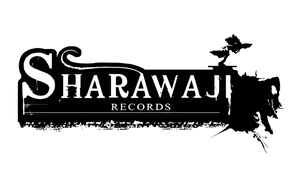